Her real gastronomic passion, together with her constant desire to learn about the industry, have made of Natalia Santos a familiar figure in the regional gastronomic scene.

She is currently involved in Chef Erlantz Gorostiza’s restaurant & catering project (ERGOA), working side by side with the Chef in the development of a new culinary consultancy project. 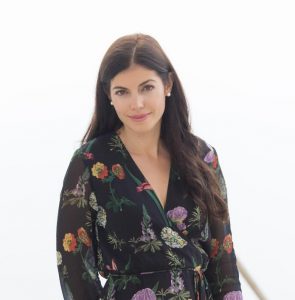 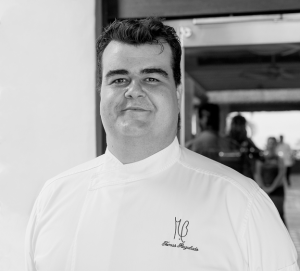 Tomás Regalado, widely known as Toto, was born on December 27th 1983 on the Island of Tenerife. Cooking has been his passion from childhood. His grandmother was his first teacher, letting him help her bake delicious cakes and biscuits. But opportunity did not present itself until he was 20 years of age. His brother run a newly opened restaurant, it was fully booked, and needed another pair of hands. On that day Toto discovered professional cooking.

The early days were hard, but worth telling about. He had to scrub pans, peel vegetables and potatoes in order to earn everybody’s trust.

Shortly after, Toto decided that this would be his career, and took off for Lasarte, in the Basque Country, to work as an intern for Martín Berasategui.

It’s there where he has the first contact with haute cuisine, and he grows exponentially, both professionally and personally. He is so successful that he receives a work offer from Martín Berasategui, who asks him to stay at his restaurant. At that time, he has the opportunity to go Manolo de la Osas’s Las Rejas Restaurant, which has maintained one Michelin star for the last 20 years, and with an excellent reputation within the industry for his good cooking and exquisite treatment of big and small game.

After this period, he leaves mainland Spain and returns to Tenerife with a suitcase full of knives and looking forward to cooking together with his older brother at La Retama Restaurant. One year later he got a call from Erlantz Gorostiza, who had taken the role of Head Chef of Martín Berasategui’s M.B. Restaurant, in Tenerife. Toto is willing to work with Erlantz, and moves to the Sous Chef position at M.B. Restaurant in Ritz-Carlton Abama Hotel.

Since 2010 he has worked together with Erlantz Gorostiza, leading Martín’s projects in Tenerife. They received a second Michelin star for the Restaurant, and have opened two new venues, Txoko  de Martin Berasategui, and Melvin by Martin Berasategui.

During the eight years he has been part of this project, he has attended to numerous conventions, has given courses and talks to catering students, has been a speaker together with Erlantz, has received training in and out of Spain (Hattori School in Tokyo) and has travelled to promote the dishes he creates together with Erlantz at M.B., going to Far-East places such as Hong Kong.

He currently works as a chef for ERGOA ASESORAMIENTO GASTRONÓMICO S.L, and for Martín Berasategui’s Group in the Canary Islands.

We can help You